About Animal Control Officers: Welcome to the Jungle

Ray explains how he got into this specialized profession, what his background was, and what got him interested in animal control. We learn what an Animal Control Officer does, and what some hurdles of the profession are. We find out what kind of initial and ongoing training animal control officers receive.

Ray explains what the public does not understand about the following: abuse of animals, animal attacks on humans, human hoarding / inhumane living conditions.
Other topics we cover:
How common is animal abuse? What are some warning signs?
Give us some behind the scenes details no one really appreciates?
How are Animal Control Officers first responders?
Why is Animal Control not necessarily considered a part of Public Safety (First Responders)?
Why do people hurt animals in the first place?
Is there a link between child, domestic, and animal abuse?
Is there a link with serial killers and inmates torturing animals?

Ray is featured in the documentary film "His Name Is Midnight", a story about a horse left for dead that was rescued by his Department. The horse was adopted by a documentary filmmaker, rehabilitated and led a quality life. Film is available on Tubi.com and Amazon Prime videos. 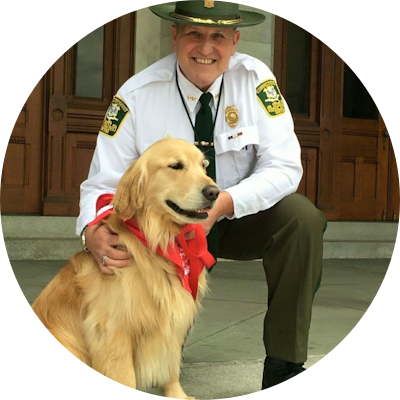